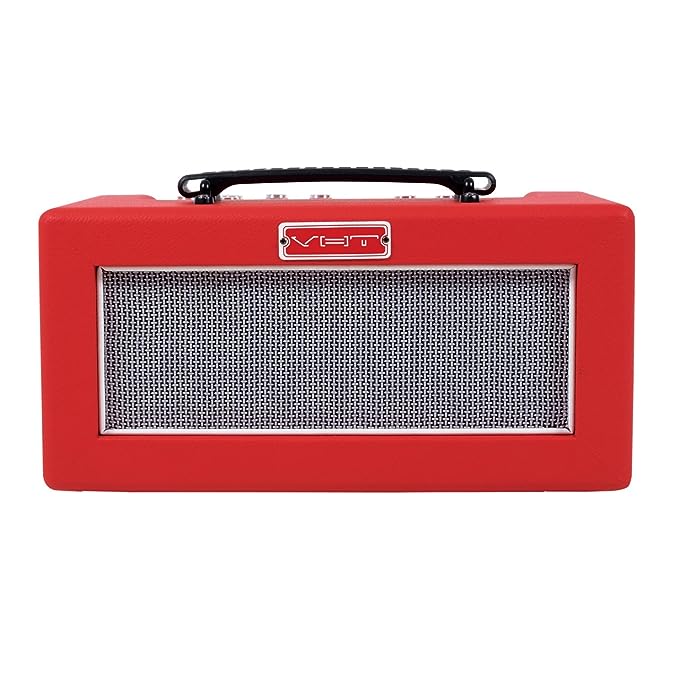 The VHT Redline 20RH Head was a budget amp I had seen periodically, but I just couldn’t find much information on it.  The whole Redline series has a 20 watt head (which is what I bought), a 20 watt 1×8″ combo (which is what most of the information online referenced), 40 watt head and 1×12 combo, and 60 watt head and 1×12 combo, as well as a matching 1×10 and 1×12 cabinets to presumably pair with the head versions.  But, the preamp section of each amp is the same, the only changes are the power amp and the speaker size.

The problem with limited information I had read about this amp online is that it’s mostly about the 1×8 combo, and the reviews were not good.  I still took a gamble on the head version when one popped up on eBay used with a starting bid of $69.99 and free shipping.  I threw the minimum bid out there (I call it eBay roulette), and low and behold, I won the auction.  But the 1×8 combo version, at this price point, I guarantee has the cheapest speaker possible in it.  Plus, a lot of the tones this amp is going for just needs a 12 inch speaker to sound full.  I bought the 20 watt head with this in mind. 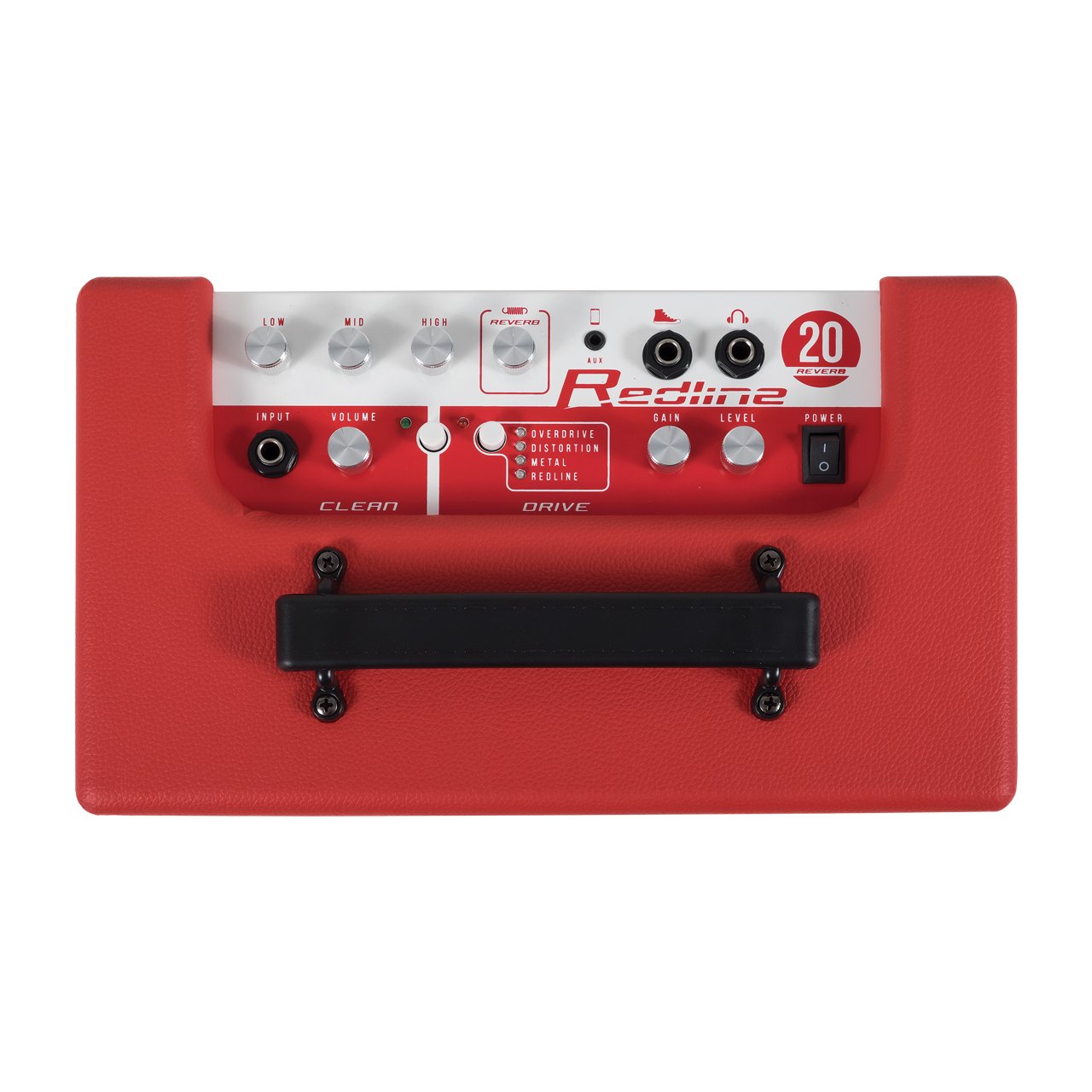 Enough Geek Talk, How Does It Sound?

The drive channel is where this amp shines.  With the 4 different voicing options, I’d say it covers just about every dirt requirement you could want (except fuzz, but that’s understandable).  Here is a rundown of the different voicings:

Overdrive: I think the sound they’re going for here is a very “SRV” type tone (with the right EQ tweaks and single coil pickups).  Very low-to-medium gain, not fizzy, pretty smooth.  But it’s also someone dark sounding, it sounds better with single coils than it does with humbuckers.  But I still find myself kicking the Treble up to about 3 o’clock on the knob to get it where I want it.

Distortion: I’d say this is going for a Marshall JCM-2000-esq distorted tone.  It does get very fizzy when you turn the gain knob past noon.  I’d say this is probably my least favorite mode, it just doesn’t sound exciting, a very bland distortion.

Metal: I’ll caveat this with I’m not a metal player.  It’s just not in my wheelhouse, I like metal, just not what I find myself playing.  BUT, this is probably my favorite distortion mode on this amp.  It’s Metal Zone-esq, BUT, (I know I’m putting more buts in this sentence than a Sir Mix Alot video), only in that it has a very powerful mid EQ sweep to it.  It doesn’t have the “can of bees” quality of the Metal Zone, but the sound a smoother Metal Zone with the mid EQ pushed.  This setting with the gain not turned up too high and the mids pushed a bit just cuts through a mix, and almost has a “cranked tube amp” quality to it.  I like it.

Redline: I’m still torn on this one.  When I stand in front of my amp and play it, it just sounds mushy to me.  BUT, if you watch my YouTube demo of it below, it recorded really well.  Kind of a Dual Rectifer-esq quality to it.  I think I read somewhere that they have a Redline distortion pedal that this mode is modeled after.  It’s a very over-the-top distortion.   It does complete the cycle of going from a mild overdrive to complete gainage and everywhere in between.   Maybe with a different speaker it would sound better in the room, I’ve only played it through my Peavey Scorpion speaker.

I’m not sure how long the spring tank is, but it is a real spring reverb (if you move it around, you hear some doings!).   It works as it should.  I’m not really a reverb snob either, I just like it in some form.

The footswitching capabilities seem to work with any 2-button footswitch.  It doesn’t come with a footswitch, but I’ve gotten it to work with both an old Peavey footswitch and a Marshall footswitch.   With the two buttons, one will change channels, the other will cycle through the 4 different gain voicings.  It goes in order, so you can’t jump from overdrive to redline in one click, but I don’t see how that would be available without some sort fancier footswitch or adding digital functions.  At this price point, I get it.

To be honest, I haven’t tried to Aux in or Headphone out.  I generally don’t use those functions on other amps anyways.  I bought this to be played at a low volume, I have other devices for playing through headphones and with backing tracks. 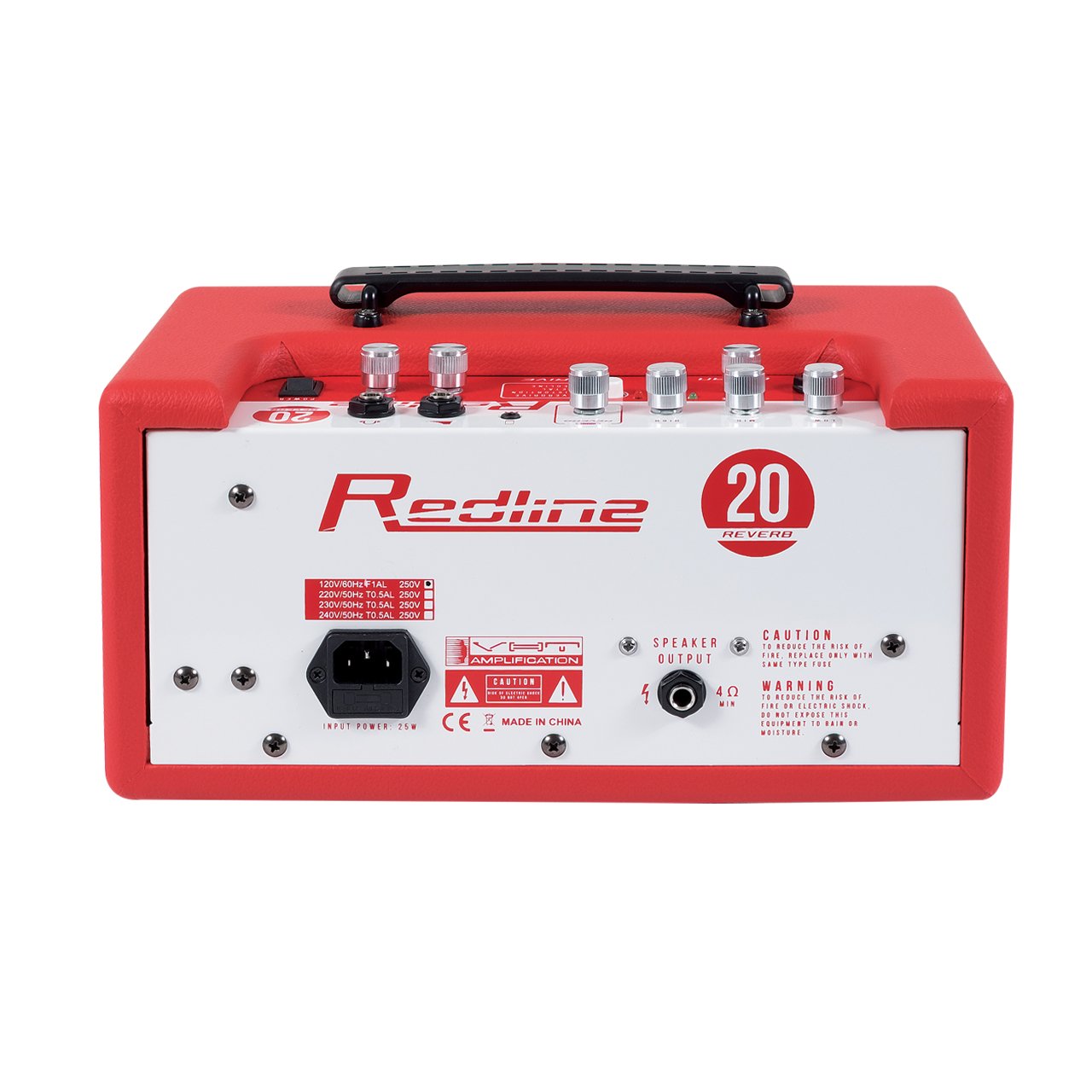 A 20 watt solid-state amp is not going to peel the paint off the walls.  As I stated above though, that’s 20 watts into 4 ohms.  All my speakers are 8 ohms.  When you plug a 4 ohm amp into a 8 ohm speaker, the speaker will only get about half of the wattage.  In real world terms, that’s maybe only a 3db difference though.  The 40 watt and 60 watt versions, on the other hand, I think would keep up in a band with an efficient speaker.  Like I said above, that’s not why I bought this amp, I bought this amp to be a bedroom burner.

Enough Positives, This Is The Internet, What’s Bad About It?

It is noisy.  The noise floor is pretty high.  Regardless of which channel and how much gain, there is a noise floor that is constant.  At the lowest volume settings its very noticeable.  When you turn the volume up, the noise doesn’t increase with it.  So if you’re going to play on the upper side of bedroom volume, I don’t think this will be any more of an issue than it is on any amp.

This is nit-picky, but the chrome knobs on a white background make the settings on the knobs very hard to read.  Especially with how blindingly bright the LEDs on the front are.

Through a good speaker, tonewise, I’d put this up against any solid state amp out there.  But a combination of the price point and abundance of tones available give this a leg up when you compare it to something like a Marshall MG or Orange Crush.   New, this head is $122, like I said above, I snagged it used for only $69.99 (keep an eye out kids, the deals are out there).  I think the amount of amp you get for that price is a no brainer.  The 40 watt and 60 watt versions really aren’t that much more expensive ($155 for the 40 watt, $195 for the 60 watt).  The combo version has an external speaker, so you could still buy that and use it as a head with a better cab, with the option of the built in speaker for a little grab-n-go practice amp.  All in all, I recommend it.

If I convinced you to buy one, please use my affiliate link here to get one off Amazon: